Nowadays, they are pretty hard not to come by, with 44 percent of customers saying that they have visited a pop-up store in the last 12 months according to EE.

Pop-up shops have cropped up across the world in an attempt to offer something different to shoppers. The rise in these types of shops could be a response to the decrease in retail footfall over the years, which has dropped in the UK by 1.6 percent from July to October 2019 and has come down by 10% in the last seven years.

Retailers are now reacting to the drop-off in visits to physical stores, and pop-up shops are just one of the ways this is being dealt with.

Retail isn’t necessarily dead, but boring retail might be. We reckon that pop-up shops are the opposite of boring. They're immersive and can be great at grabbing the attention of shoppers in a competitive retail market.

Without further ado, let’s begin by finding out what a pop-up shop actually is.

So, What Exactly is a Pop-Up Shop?

Pop-up shops are temporary storefronts set up that are set up by brands, businesses and organisations for various reasons. It may be an attempt to create buzz around a new product, increase awareness about a brand, or even launch a business from scratch.

The emphasis on these kinds of shops is on scarcity and urgency. This is what creates that FOMO (fear of missing out) factor that draws visitors in.

Why Do Brands Use Pop-Up Stores?

Origins of The Pop-Up: Key Moments

Depending on how far back you were to go, pop-up shops have been around for quite a while. Below you can see an outline of how far the pop-up store format has come since its earliest conception. 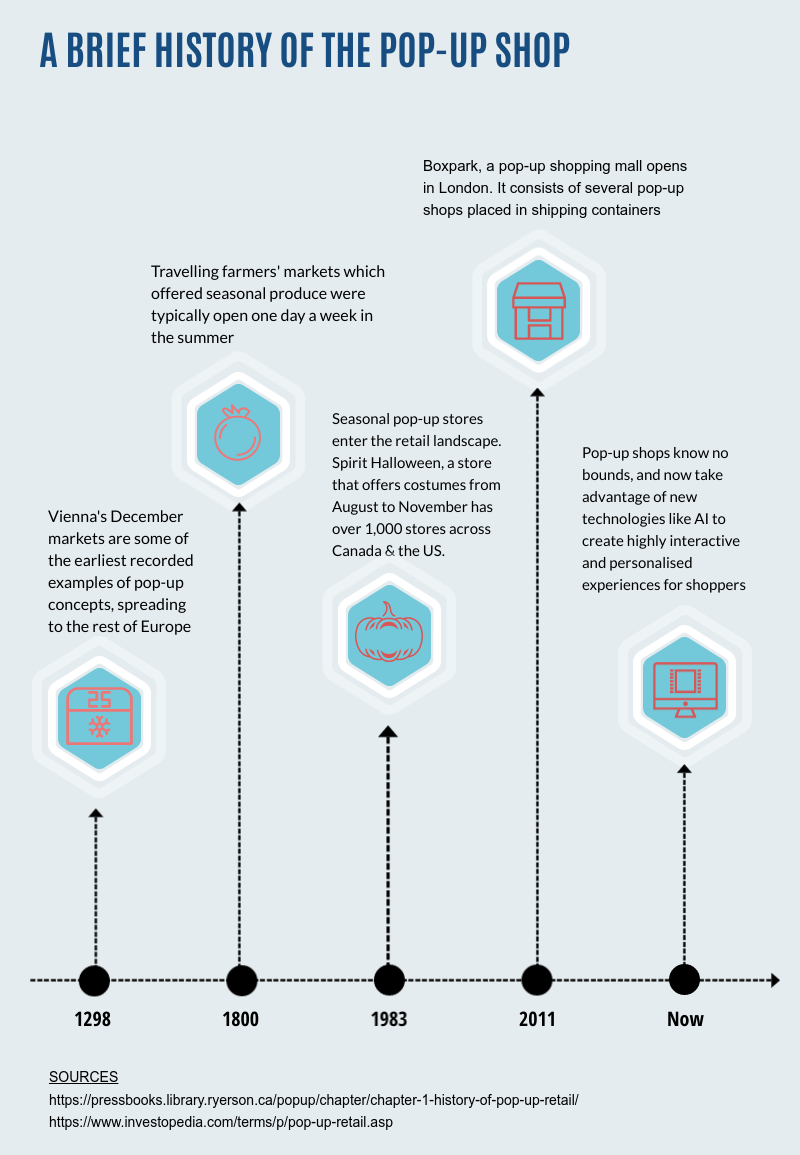 Why People Shop at Pop-Ups

There are a number of reasons why pop-ups have won over shoppers. Technological advances have allowed it to become more of an active buying experience, with reasons such as the pop-ups being social media-worthy, having a more personalised shopping experience and the aesthetics being some of the reasons cited, according to Statista.

Where Can You Find Them The Most in the UK?

In 2015 there were said to be around 10,500 pop-up shops, bars, restaurants and cinemas in the UK alone. We have taken data from Appear Here, a pop-up space company, and have looked at how many pop-up spaces are available in major cities across the UK for a duration of less than 1 month.

It appears that London has the highest concentration with around 864 available as of October 30th 2019, followed by Manchester with 66 spaces available.

Pop-Ups Around The World 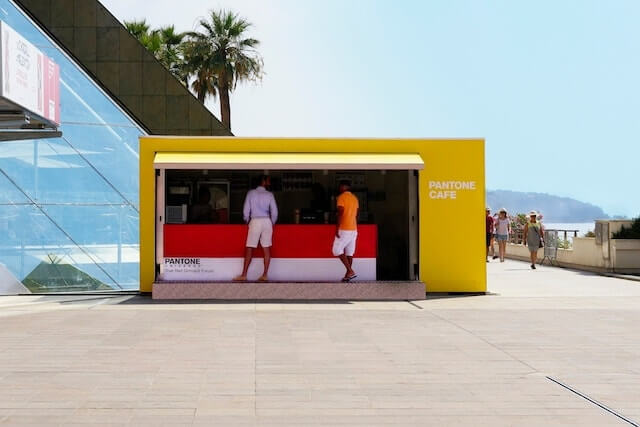 Influential for their eagerly anticipated Colour of The Year announcements, Pantone took to the picturesque Monaco and created a delightful sensory experience with the Pantone Cafe. Visitors could treat themselves to edible treats that were presented with Pantone’s iconic colour branding, as a reminder that colour is everywhere. 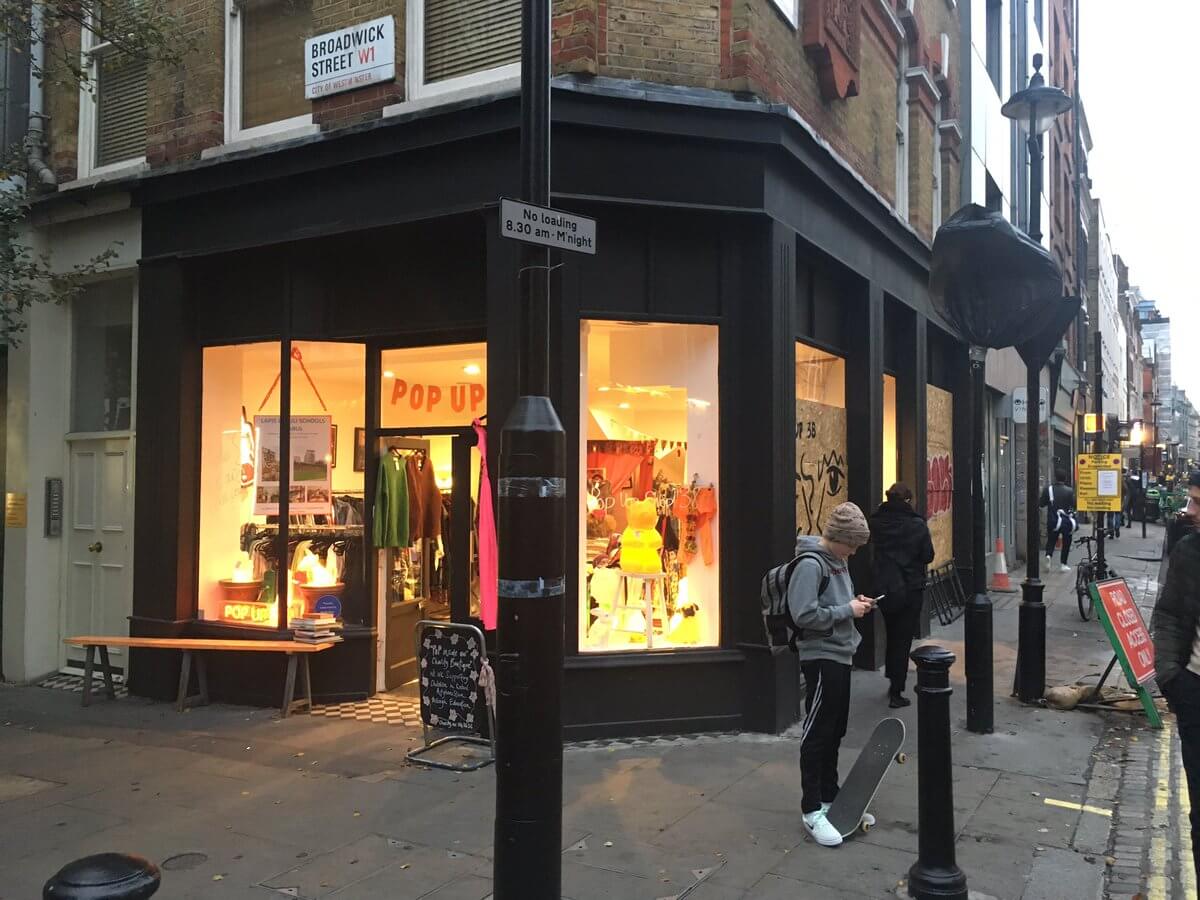 Last November, the charity Help Refugees launched a pop-up store just for Black Friday where visitors could buy a range of goods from blankets, emergency lamps, bathing items and food which would then be sent to refugees. 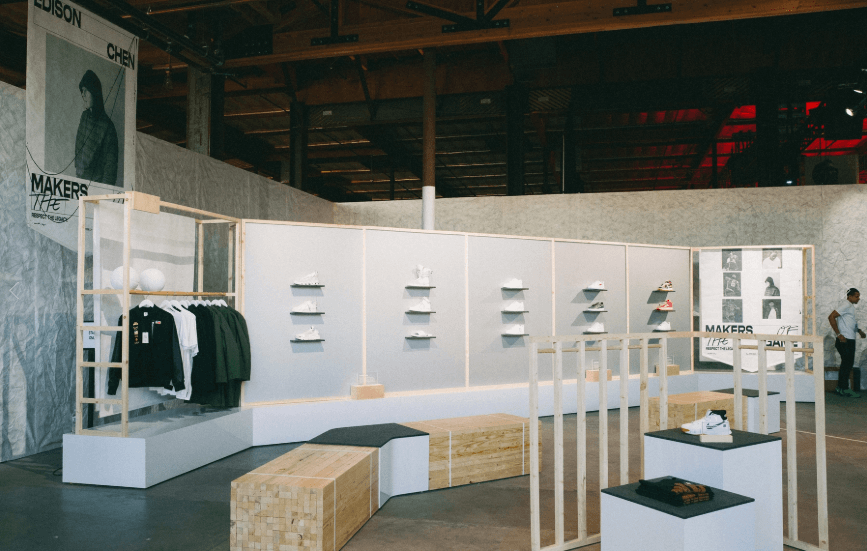 The weekender pop-up event piggybacked on a popular basketball event and was a highly interactive experience enjoyed by sports fans. Activities included visitors being able to customise their own trainers, playing basketball in a full-size court to name a few. 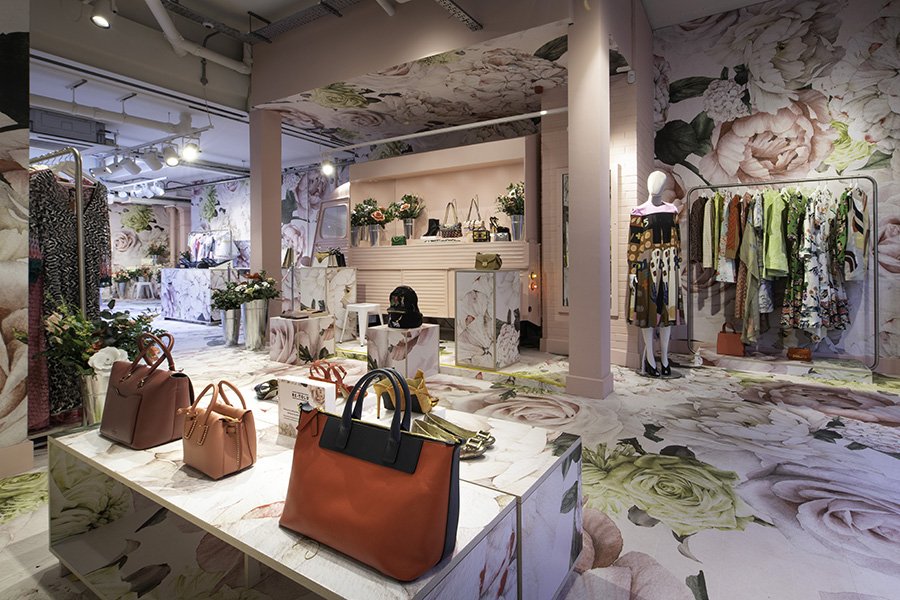 Another pop-up with a cause, Harrod’s launched this store for a month in Marylebone, London. Wares that were available to buy were pre-loved luxury clothing from the likes of Stella McCartney and Calvin Klein. It featured stunning floral displays and scents, and not only offered customers a unique shopping experience, but also raised awareness for charity. 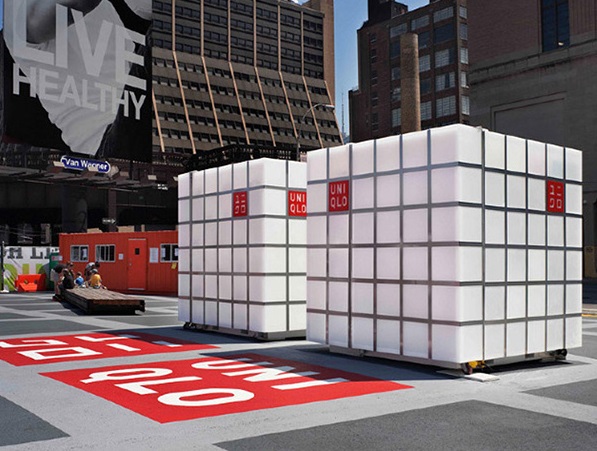 Uniqlo, a clothing company that hails from Japan dropped mini stores into Manhattan in the form of cubes. Inside these vault-like cubes were carefully selected merchandise from their super functional clothing lines. They even featured changing rooms for customers to try before they buy.

Your business does not necessarily need to have a physical presence to be able to set up a pop-up shop - many online vendors from Amazon to Etsy have embraced the physical pop-up approach, too.

Every year, Amazon’s Black Friday pop-up shop, which welcomed over 3,000 visitors last year features well-known brands such as Lego and Samsung, and the idea is to bring a range of special offers conveniently under one space. Similarly, Etsy have a pop-up shop in Oxford that displays wares from local and independent businesses in the area.

No matter how big or small your business is, the pop-up model is something that can work for anyone if done right.

What to Consider When Designing a Pop-Up

Finally, let’s dive into what you should be thinking about when it comes to designing a pop-up shop. The first thing to consider is the use of your space. What are you setting up and what will it be used for? If you are setting up a pop-up cafe, for example, you may want to invest in a surface that is easy to clean and maintain.

Considering cost and your budget is also crucial. Since pop-ups are only a temporary feature for brands, striking a balance between keeping costs low whilst making the space look great can be tricky.

If you are sharing the store space with other vendors, it might be a good idea to invest in things like moveable walls so you can create a partition.

Pop-ups can be a great way to drive revenue and increase brand awareness in an exciting way. Although we live in an internet-centric world, people still value physical stores. The difference now, is that people value experiences over simply buying things, and these can be a great way of providing both.

Thinking of setting up a pop-up shop for your business? The good news is that Geaves offers budget-friendly and high-quality options for surfaces in pop-up shops, kiosks, and stands. We would recommend melamine boards for their simple maintenance and durability, as well as the highly customisable finishes that are available.

If this piece has convinced you enough, get in touch with us today on 01245 329922 and let Geaves help you create a lasting impression in the minds of your customers.

Powered by Magento 2 Extensions by Mageplaza

The Psychology of Interior Design: What The Experts Think March 19, 2020